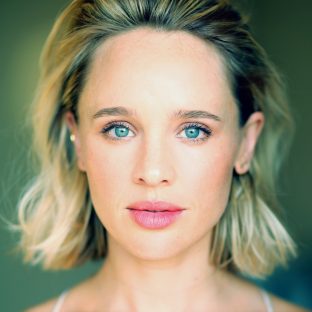 Natasha Loring an internationally acclaimed actress and voiceover artist born in Johannesburg, and is currently based between South Africa and Los Angeles. Natasha was singing, dancing and acting from a very early age. Being the daughter of successful South African theatre producer, Richard Loring, she grew up in and around the Entertainment industry and has always been passionate about performing and telling stories.

She got her first local break, cast as the romantic lead in a South African feature film, HITCHHIKER, while studying at AFDA Cape Town. Natasha went on to be cast in the Sony Film, THE NATALEE HOLLOWAY STORY, for the Lifetime Movie Network. The production became the highest rated movie in the network’s 11 year history and received a Prism Award.

Highlights from her Film and TV work include:

– Lead in the E4 series, BEAVER FALLS in the UK (where she resided for 3 years)

– Film Premiere at the prestigious Chinese Theatre in Hollywood for BROKEN STAR, alongside Analeigh Tipton

In Los Angeles, Natasha is actively sought after for her skill in voicing video game characters. Notable performances include: STAR WARS: THE OLD REPUBLIC; TELLTALE’S GAME OF THRONES; LEAGUE OF LEGENDS, CALL OF DUTY and MINECRAFT STORY MODE. At the 2018 SOVAS Awards In Los Angeles, Natasha was nominated for “Best Voice Over” in video game, Tacoma.

Natasha dreams of opening a production company one day to fund passion projects, whilst continuing to act, write and travel the world.

Natasha can currently be seen in the Showmax Original drama, DAM, which was shot in the Eastern Cape.

For bookings or more information on Natasha, please get in contact with an agent at OSM Talent. 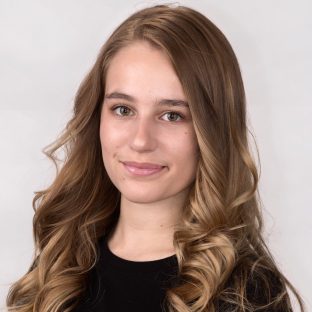 Ariana Angelo made her professional debut in 2014 as Brigitta Von Trapp in the Andrew Lloyd Webber/Pieter Toerien production of The Sound of Music. She followed this with performances at the Tshwane Youth Theatre, the Lauren Marshall School of Ballet and in the role of July in Pieter Toerien’s 2016 production of Annie. Ariana’s interest in theatre and the arts began at a very young age and she continues to train in dance, drama, voice and singing. Over the years she has received many ballet, drama, singing and speech awards in eisteddfods and talent competitions with best performer awards in many of these.

Ariana attends high school at St Mary’s DSG. She has excelled in her academic career, receiving the highest scholar’s award in grade and the Dux Scholar’s award at her primary school. In addition to her activities in the performing arts, Ariana enjoys school sport and particularly hockey. She spends time with her dogs Chiara and Scouro and going out with her friends.

For bookings or more information on Ariana, please get in contact with an agent at OSM Talent.