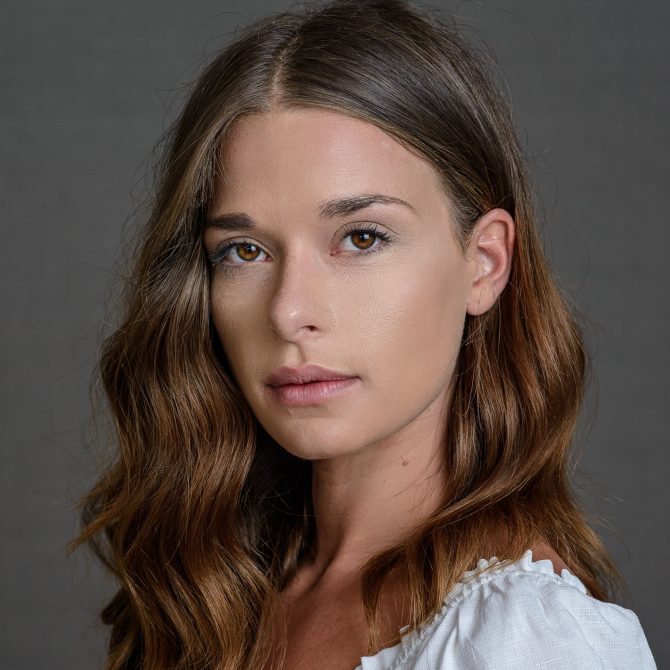 Jessica was born and raised in Durban, South Africa. It was from the age of 5 that she began her life in performance as a dancer, while attending high school she discovered her talent for acting and subsequently furthered her passion for the craft at the Academy of Film, Theatre and Television in Sydney Australia.

Jessica received critical acclaim in the Sydney Morning Herald and Daily Telegraph for her performance as Nina in Chekov’s “The Seagull” directed by Winston Cooper at The Burley Theatre Company.

After graduation Jessica moved to London where she worked with esteemed British playwright, Howard Barker. Jessica then signed with A&J management where she was noticed and cast by casting directors such as Nina Gold in television, film, voice and commercial work.

Jessica was nominated for a Naledi Award in 2020 for Best Breakthrough Performance for her role as young Tracy in Brutual Legacy.

She also worked with various artists and musicians including James Morrison. Jessica is based in Cape Town, she is  represented by Owen S Management in Johannesburg.

For bookings or more information on Jessica, please get in contact with an agent at Owen S. Management on 011 483 0940 / [email protected].