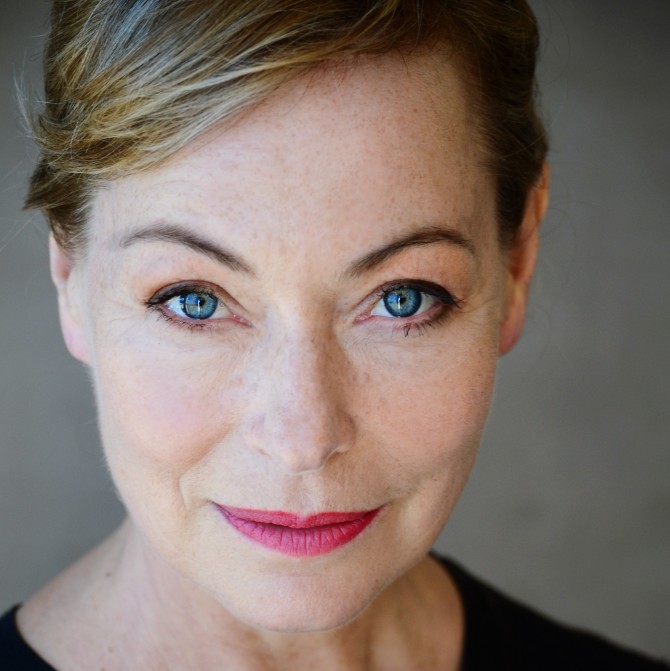 Jennifer Steyn is a CAPE TOWN based artist.

Graduating from UCT in 1983, South African born Jennifer Steyn, is an award-winning performer with exposure both nationally and internationally and across various mediums. She is a teacher of voice and acting, a dialogue coach and has a special passion for the development of new texts and the advancement of young talent.

Currently on Television she can be seen as Ihred in the Sci-Fi series Vagrant queen, for Syfy and Blue Ice Pictures. In South Africa she is best known for her role as Mrs. Flemming in AboMzala, Marge in Madam and Eve and Deborah Churchill in The Fallen.  Other TV highlights include: Origins for National Geographic, Madiba directed by Kevin Hooks, The Human Family directed by Mira Nair, The Principal directed by Roy Seargeant, Charlie Jade, directed by George Milhalka, and Jacobs Cross for The Bomb Shelter.

Ms. Steyn is also well loved for several commercials she has appeared in over the years, choosing to accept commercials that allow for performance value.

Most recent films were Kanarie directed by Christiaan Olwagen, Frank and Fearless directed by Gray Hofmeyer.  Other film highlights include: The Forgiven directed by Roland Joffe, Restless by Edward Hall, Master Harold and the Boys by Lonny Price, Black Butterflies by Paula van der Oest, Good-bye Bafana by BilleAugust, Cry the Beloved Country by Darrel Roodt, Gums and Noses by Craig Freimond and End of the Road directed by Greg Latter.

Theatre Highlights include,  An International Residency at Shakespeare’s The Globe Theatre, The Captain’s Tiger and Sorrows and Rejoicings written by Athol Fugard, The Inconvenience of Wings by Lara Foot, The Goat, or who is Sylvia by Edward Albee,  A Doll’s House by Henrick Ibsen, The Milk Train doesn’t stop here Anymore and The Day on which a Man Dies by Tennessee Williams, Slowly and Scenes from an Execution by Howard Barker, Molly Bloom by James Joyce, adapted by Nicky Rebelo, Green Man Flashing and Rainbow Scars by Mike van Graan, Street Woman by Herman Charles Bosman and Shakespeare’s Macbeth, King Lear, Richard III. And most recently in Marc Lottering’s Aunty Merle it’s a Girl.

Fleur de Cap 2020: Nominated Best Actress for The Goat or who is Sylvia

Best Actress for Lara Foots THE INCONVENIENCE OF WINGS

Nominated for Best Actress for A DOLLS HOUSE

She is a member of SAGA – The South African Guild of Actors.

Under Lockdown Jennifer has been recording various performances for Baxter Radio.

For bookings or more information on Jennifer, please get in contact with an agent at OSM Talent.