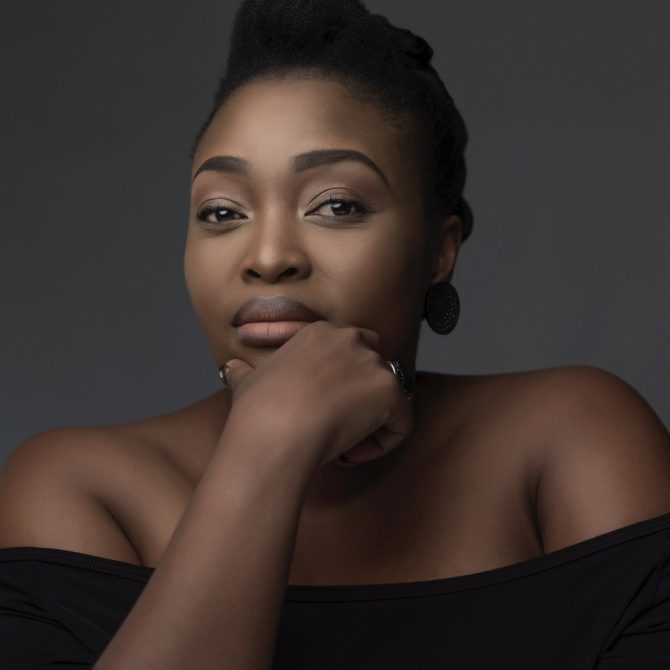 Not only does Lebo do voice overs, but she is also the voice behind the theme songs of Africa Magic, Africa Magic Plus for DSTV and the new Lotto theme, “One Day is One Day”.  She was the voice on the album “The African Alphabet”, as well as on “Stories from the Alphabet Tree Volume 1”, for which she was nominated for a South African Music Award in 2010 in the category Best English Kiddies Album.

She was later seen playing “Mpumi” on ETV’s Rhythm City and hosting Season 1 and 2 of Dance Your Butt Off on SABC 1. She played “Regina” on SABC 1’s Zone 14. 2011 saw her win a South African Music Award (SAMA) for Best Kiddies Album with African Treehouse and a South African Film and Television Award (SAFTA) for Best TV Soap Ensemble with fellow cast for playing lead, Mpumi.

In 2013, she began her radio career as an occasional host, at Talk Radio 702 and 567 Cape Talk hosting Overnight Live.

In 2013, Relebogile landed her first musical composition gig when she wrote the new channel music for SABC 2’s rebrand, You Belong, together with producer and artist RJ Benjamin. She then went on to work on the title music for the new Afro Café song, Nedbank’s Ke Yona: Making The Team, SABC 1’s Making Moves and Sunday Chillas.

2014 and 2015 saw her take on the role of Series Producer and Musical Director for Season 10 and 11 respectively of Afro Café. She then took on Season 1 and 2 of the musical project of eTV’s entertainment show, I Love South Africa, composing the theme song and directing the music and live studio band. Relebogile’s next biggest challenge was the role of Musical Director of Nigeria’s Star The Winner Is which aired on Africa Magic across the continent.

The following year she musical directed SABC 1’s The Sing Off and Africa’s Tecno Own The Stage and made history by becoming the youngest board member on the SAMRO board.

2017 has seen her guest host SABC 3’s Trending SA a few times and take the seat of radio host for The Early Breakfast Show on 702.

2019 has seen Relebogile move on from 702 and take on the role of co-host and newsreader on the Fresh Breakfast Show, Metro FM, with DJ Fresh.

For bookings or more information on Relebogile, please get in contact with an agent at Owen S. Management on 011 483 0940 / info@owens.co.za.