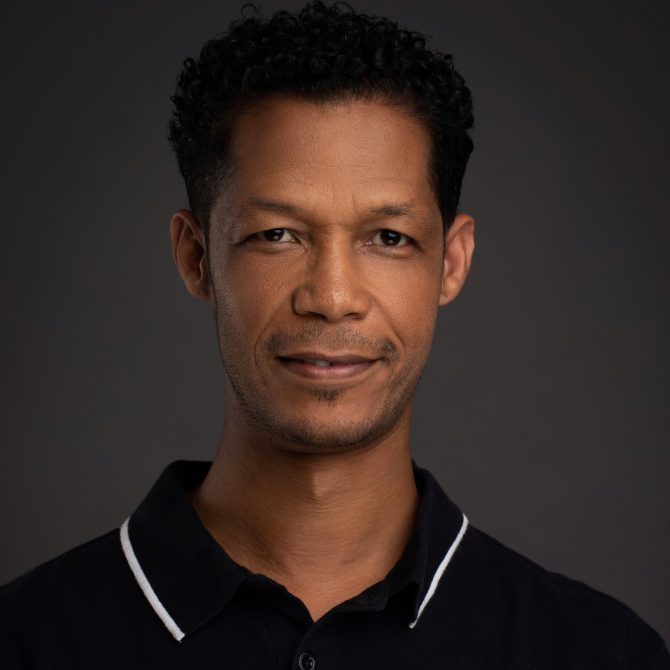 Wayne van Rooyen is a Naledi Award winning Actor. He studied drama at the University of the Witwatersrand and graduated in 2003 with a BA in Dramatic Art with Honours.

Since graduating, he has performed on stages both locally and internationally, and has appeared on several local television shows and appeared in the locally produced film ‘Jozi.’

Some of his work in theatre includes ‘Sophiatown,’ ‘The King of Laughter,’ for which he won the Naledi for Best Supporting Actor, the world premiere of Athol Fugard’s ‘Victory,’ and the Royal Shakespeare Company’s South African collaboration of William Shakespeare’s ‘The Tempest,’ with the Baxter Theatre.

Wayne has a long list of television credits, and currently he is playing the role of “Stokkies” on “Scandal! Soap Opera” on ETV, weekday evenings.

For bookings or more information on Wayne, please get in contact with an agent at OSM Talent.