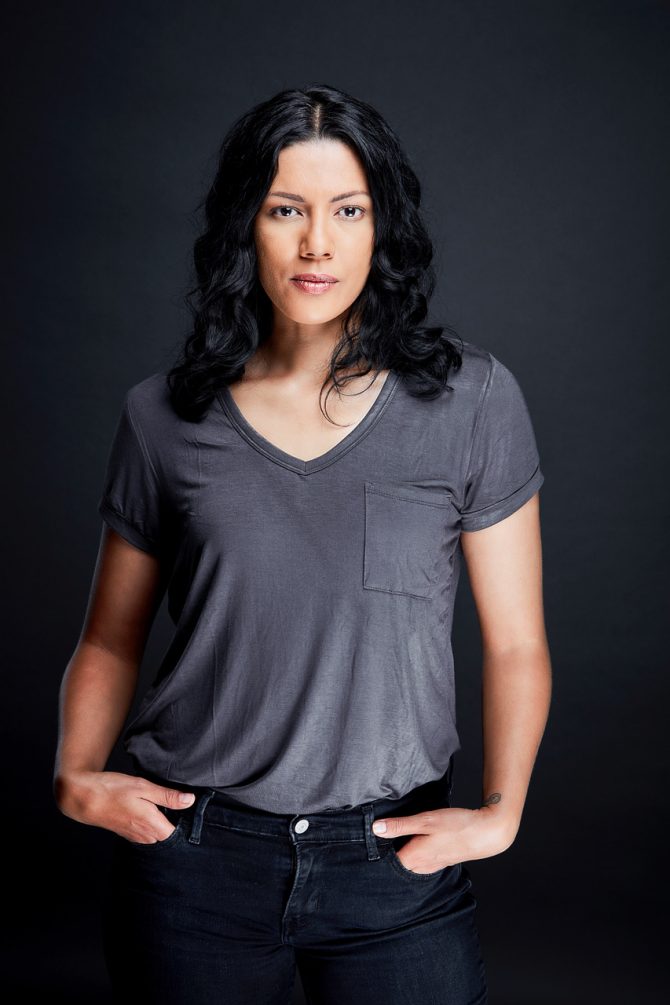 Tracey-Lee is a powerhouse singer, comedian, actress and voice over artist.

Originally from Grabouw in the Western Cape, she came to Johannesburg in 2005 to pursue her professional career. Tracey-Lee began singing at the tender age of three.

She has competed in various talent contests namely; Project Fame (M-Net), Afrikaans Idols (KykNet) and most recently The Voice (M-Net.) Project Fame catapulted Tracey-Lee on the road to stardom having worked as a session and cabaret vocalist.

Nominated for her performance of Deena Jones in Dreamgirls, she has also blown audiences away in Motown and Knights of Music (Earning a Naledi nomination)  at Gold Reef City. Tracey-Lee has performed alongside David Kau and Joey Rasdien in the feature film, Blitz Patrollie (2013.)

2014 saw Tracey-Lee join the ranks of Goliath and Goliath bringing a musical element to the Kings and Queens of Comedy National Tour.

In 2016, she was one of the five leading ladies in Supreme Divas (Joburg Theatre.) 2018 – 2019 saw Tracey-Lee play Marc Lotterings daughter Abigail Abrahams in Aunty Merle the musical. Tracey-Lee also took on the part of Annette in JungFrau, earning a Naledi Award nomination for her role.

2020, Tracey-Lee produced and starred in her very own online show The Journey and donated a substantial portion of the ticket sales to the Elgin Valley Covid Relief Effort, giving back to her hometown of Grabouw suffering from a financially devastating lockdown.

She also expanded to the podcast world with her online production called The Theta Show with American actor Tim Reid (Ray in sitcom Sister Sister) for his online People of a Legacy Network.

For bookings or more information on Tracey-Lee, please get in contact with an agent at OSM Talent.