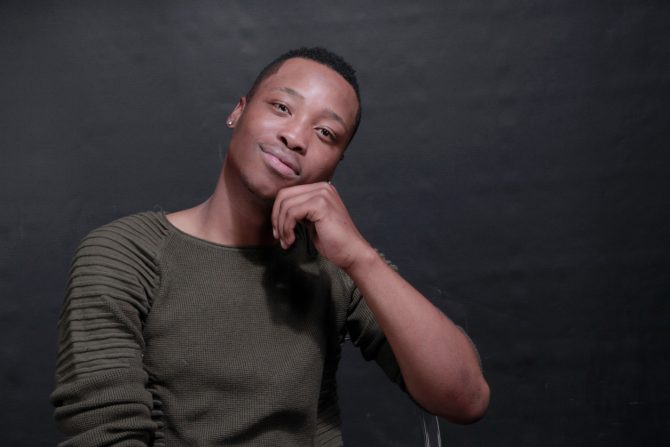 Thabo Nhlapo-Ferguson found his passion for the arts at a young age, following this passion he enrolled at the National School of the Arts. Pursuing his dream after high school, Thabo moved to the United States in 2013 whereby he enrolled at the Chicago Performing Arts School and later receiving a scholarship to the Julliard School of the Arts in New York City as an intern student in musical theatre. From there Thabo moved onto to study a Bachelor of Arts in Musical Theatre at Texas State University.

Starting off his on stage career, Thabo played Nick Piazza in the freshman (NSA) professional rendition of Fame at the Mandela theatre for which he was nominated for a Naledi Award. In his sophomore year at Julliard he played the coveted role of Phantom in Andrew Lloyd Webber’s acclaimed, Phantom of the Opera.

Testing the waters of television he has been featured in numerous commercials and had a featured role in 7de Laan.

Thabo is a seasoned tutor and teacher of the arts, specialising in: dance, dance theory, body conditioning, drama, drama theory, theatre arts and design including music and music theory.

Giving back to the community is something very close to Thabo’s heart, he gives music & drama classes to underprivileged children whom can’t afford to attend performance schools.

For bookings or more information on Thabo, please, get in contact with an agent at Owen S. Management on 011 483 0940 / info@owens.co.za