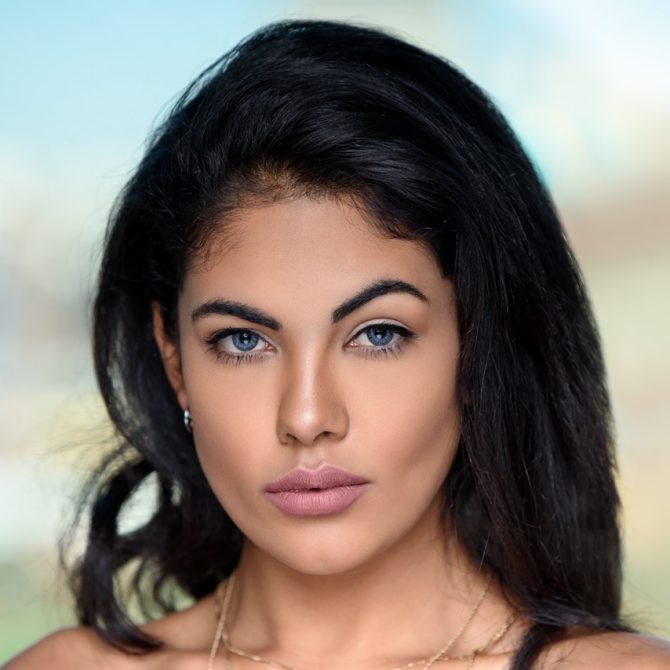 Suraya Rose Santos is from a small town situated just outside of Pretoria, she now jokes about her home being a suitcase as she has lived in over 17 countries and shows no sign of slowing down.

Suraya studied at the Michelle Ayden Dramatix, a private institute specializing in the performing arts, graduating with an international drama and speech performance diploma from Trinity Guildhall London and a South African degree in drama and speech.

Suraya has appeared in several feature films, short films, music videos and television productions across the world. To name a few; Bhais Café in 2020, Deep End in 2018, Last Broken Darkness in 2017, Free State in 2016. Suraya also made a guest appearance on the second season of the American TV series, Ice directed by Guy Norman Bee.

The South African beauty is always trying to find new ways to stay active in the industry, she has popped up in popular South African and international artist’s music videos, worked on Bollywood inspired promo’s, and shot experimental short films with Director and fellow actor Ryan Kruger to name a few.

Aside from her deep-seeded passion for the performing arts, Suraya’s modeling career is something else she can rightfully boast about and with frequent interest from international publications it’s only a matter of time before this gem shines bright under the global spotlight.

For bookings or more information on Suraya, please get in contact with an agent at OSM Talent.