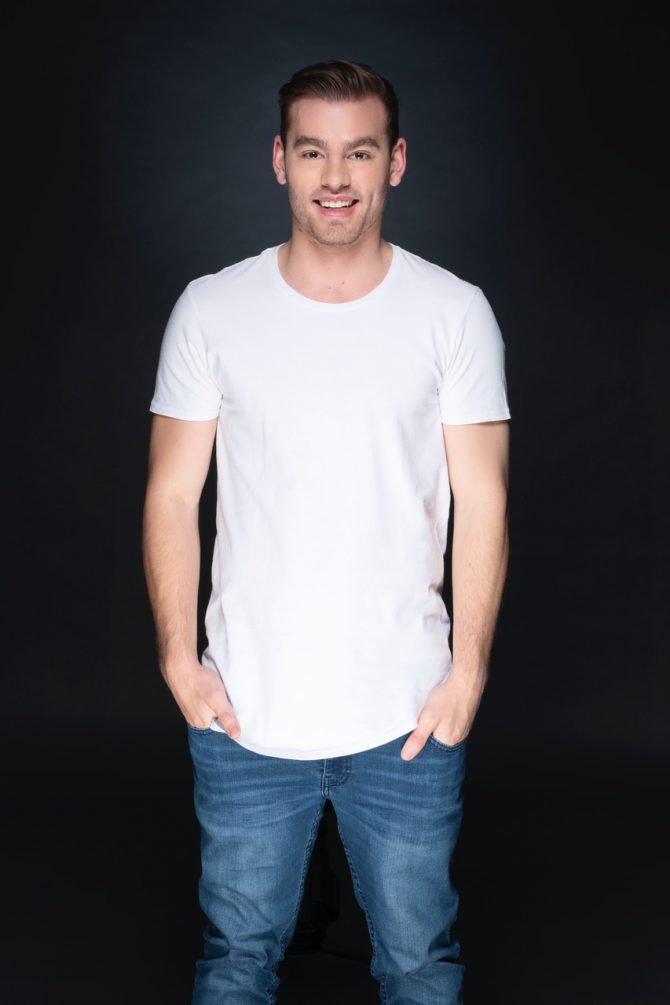 Shannon Leibach was born in Johannesburg on the 17th October 1995 and started acting at an early age. Since he was enrolled in school he participated in school concerts, eisteddfods, and toastmasters; winning numerous awards from the age of eight to eighteen.

When Shannon matriculated he knew that acting, MCing and presenting was his passion, he decided to study Theatre and Performance at Wits university from 2014 to 2018. While studying Shannon won a monologue competition hosted by the prestigious IMTA and was flown to New York where he placed 2nd in his age group for monologue, improv, scene, commercial and cold read work.

Not long after that Shannon participated in the annual Presenter Search on 3 competition which is an open audition hosted by SABC 3 for their new Top Billing, Expresso, and Afternoon Express shows. Out of 5000 people Shannon placed 7th narrowly missing out on the coveted top six which all landed SABC contracts but the best was yet to come.

In 2019, with no radio experience, Shannon was handpicked by DJ Fresh to join his brand new radio show on the radio station 947.  Dj Fresh had been one of the judges on Presenter Search on 3 and saw the massive potential he had and knew it was the right time to snatch him up.

Shannon has been a hit on the show with his sharp humor and down to earth nature that Joburg has come to adore. Shannon has worked with brands such as Vodacom and Samsung and lately you can see him rocking the DJ decks at a club near you as he is thoroughly addicted to any type of entertainment.

For bookings or more information on Shannon, please get in contact with an agent at OSM Talent.