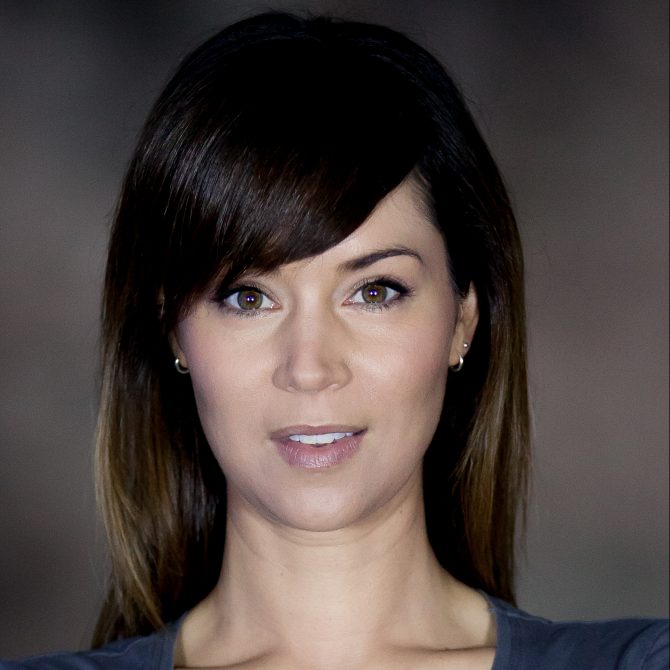 Growing up in Johannesburg, Shannon Esra was cast in her first professional acting role at 16, playing Siri in the feature film I Dreamed of Africa, alongside Kim Basinger and Daniel Craig.

In 2003, Shannon graduated with a Bachelor of Arts degree in Dramatic Arts from the University of the Witwatersrand and found herself debuting in her first professional theatre production at Pieter Torien’s Monte Casino Theatre that same year. It may come as a surprise that the theatre is where she first cut her teeth; but it was her portrayal of Neets in Dorothy Ann Gould’s 2004 theatre production “Japes”, which garnered Shannon The Naledi Award for Best Performance by a Newcomer/Breakthrough (Female), as well as a Fleur du Cup nomination for Best Supporting Actress.

In 2007, Shannon made Bollywood history by being the first Caucasian female in a starring role, which saw her in a star-studded cast, as one of the six heroines in the Bollywood film Salaam-E-Ishq.

Shannon’s TV credits include an array of colourful characters. From the misguided, cult-following, self-mutilating girlfriend of Kyle Ortlepp, Yvette Meyer in Isidingo; the lead role of Caz O’Donough in MNET’s drama series Snitch; to the main credited cast member in the second and third seasons of the SABC3 drama series Hard Copy, playing hard-edged journalist Kim Smollen; as well as the dynamic, whip smart Samantha Mazur in The Lab. Shannon starred alongside Eric Stoltz, playing his estranged and embittered ex-wife, in the International Sci-Fi mini-series The Triangle; and she also played the romantic lead, Katie, in Darryl James Roodt’s rugby feature film Number Ten.

In 2015, Shannon returned to Isidingo where she played Angelique Scott (Indeed, she’s played two different characters on the same show!).  Shannon also starred alongside Daniel Radcliffe in BBC 2’s highly anticipated, The Game Changers in late 2015, and midway through 2016, Shannon was on set with Lawrence Fishburne, in the BET Biopic, Madiba.

In 2020, Shannon made unprecedented South African television history with her character Sandra Stein, the ruthless and sought-after criminal attorney. This character is so popular that writers and producers have supported her character crossing over to various shows on the Mzansi Magic platform – a first for South African TV! Sandra Stein has crossed over between The Queen, The River, The Throne and most recently, the latest Mzansi offering, Gomora.

Currently, Shannon can be seen on MNET’s Still Breathing, the gripping and deeply moving drama series about a group of old friends who have drifted apart but are suddenly brought together when tragedy strikes. Shannon is almost unrecognisable in her vulnerable, empathic and poignant portrayal of Candice Burton.

Effusive, dynamic, charming and wildly passionate about her craft, Shannon is not merely an actress who can portray a wide array of characters; she is also an outstanding public speaker, and voice artist, making her an asset to any event, production or commercial.

For bookings or more information on Shannon, please, get in contact with an agent at Owen S. Management on 011 483 0940 / [email protected]