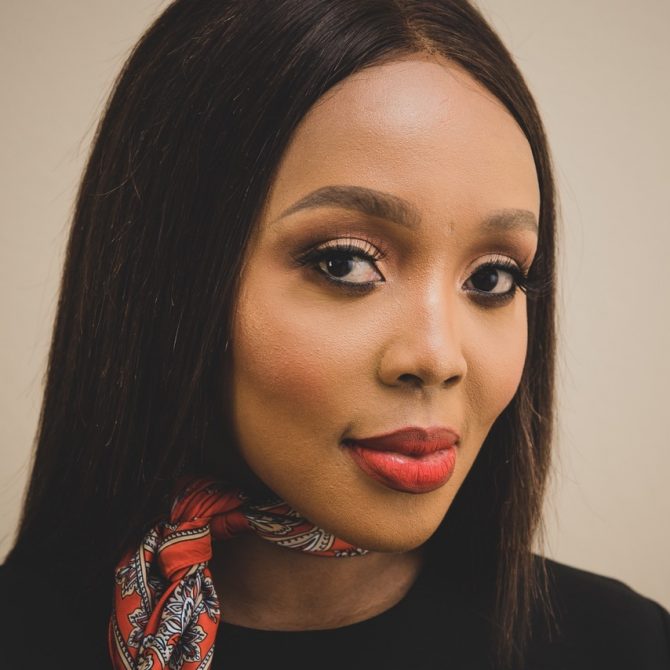 The multi-talented Sechaba Gqeba hails from Vereeniging in Gauteng. Many are familiar with her voice on radio as she has over a decade of broadcast experience. In addition to being a radio host she is also a television presenter, a seasoned MC and speaker.

Her commercial radio breakthrough came up when she won a region wide annual talent search hosted by 947 previously known as Highveld Stereo and subsequently worked for Eye Witness News (EWN.) This then secured her role as a news reader for some of South Africa’s leading national radio platforms, namely; SAfm & Radio 2000. The next step was when Sechaba was offered her own nighttime radio show on Kaya FM.

The Kaya FM break proved that she was more than ready to share her distinctly recognizable voice with any radio audience, looking to further her career Sechaba moved to Cape Town to host her own daytime show on KFM for over 3 years. Sechaba has since returned to the City of Gold to expand her horizons and explore additional opportunities.

She made her television debut as the host of Motswako (Season 19) – a show that addresses pertinent issues such as women empowerment and leadership with a strong focus on informing while entertaining. Sechaba was also named among the 2018 Mail & Guardian Top 200 South Africans.

Sechaba continues to make strides in media broadcasting. She can also be heard across many radio and TV channels as she lends her disctinct voice to some of the country’s leading brands (Such as Woolworths, Audi, Engen, DHL, Johnson & Johnson, Old Mutual, Savlon, GNC, Vodacom, 1Magic, Albany and many more) as a voice artist.

A self-confessed foodie, a devoted mother and wife. Sechaba Gqeba epitomizes hard work, dedication and an insatiable drive for excellence.

For bookings or more information on Sechaba, please get in contact with an agent at Owen S. Management on 011 483 0940 / [email protected].