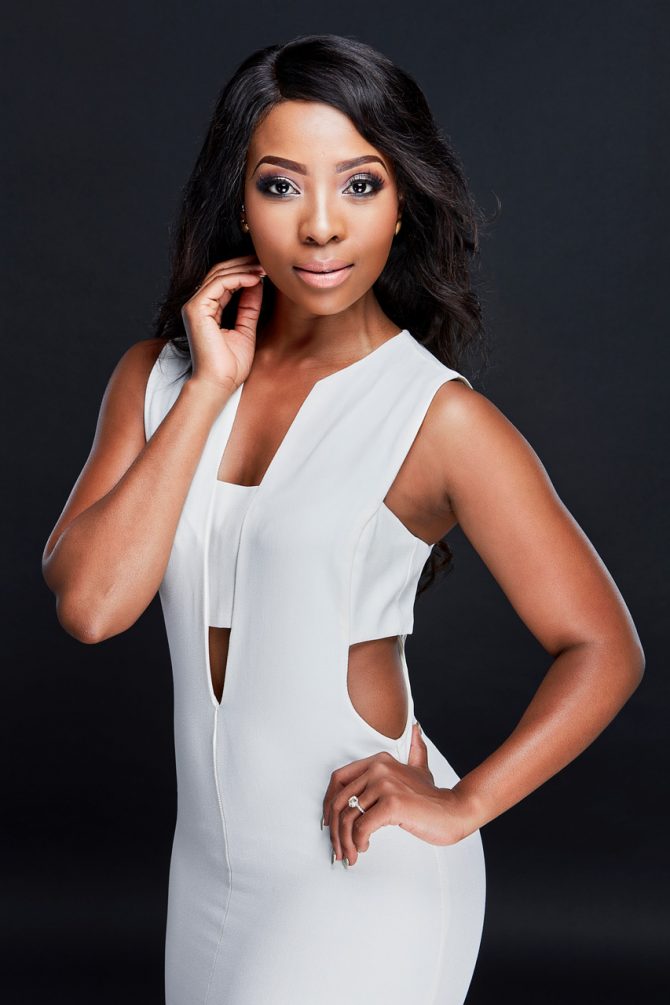 Pearl has been a television presenter since she was a child when she presented on E-TV’s Craze Kid Television Show in 2007. Pearl has gone onto present on other television shows such as Sisterhood, Raw Silk, Expresso and the massively successful Zaziwe – A music talk show which occupied the prime-time slot boasting millions of viewers each week and which Pearl won a South African Film and Television Award (SAFTA) for Best TV Presenter. Currently Pearl can be seen presenting the 3rd season of It Takes A Village’ on SABC1.

Radio Highlights- The year; 2009 gave Pearl the opportunity to further explore her talent, this time behind the mic on Gauteng’s youth radio station YFM. She wento onto bagging her own radio show called The Natural High on weekends between 00:00 – 03:00 between 2010 and 2011. The year 2012 proved to be fruitful when she was moved to another slot, this time hosting The Jumpstart, a weekend breakfast show between 6:00 – 9:00. 2015, Pearl moved to national radio station ,Metro FM, where she now hosts The Lunch show between 12:00 – 15:00 on weekdays. Currently co-hosting with Thomas Msengana. The radio station boasts just under 7 million listeners.

Pearl has proudly MC’d many high-profile events such as The SAFTAS (The South African Film and Television Awards, MetroFMMusic Awards, Mbokodo Women in the Arts Awards, Crown Gospel Music Awards and the Audi Festival of Motoring.

Pearl has worked as a brand and campaign ambassador with multiple brands and campaigns including some such as Standard Bank, Ponds, Always, Shoprite, Ackermans, Lux, Edgars and PEP. Her influence with her social media followers (2.8 million follwers on Instagram) and her unique approach and style offers clients huge value, who many return to work with Pearl again.

For bookings or more information on Pearl, please, get in contact with an agent at Owen S. Management on 011 483 0940 / [email protected]