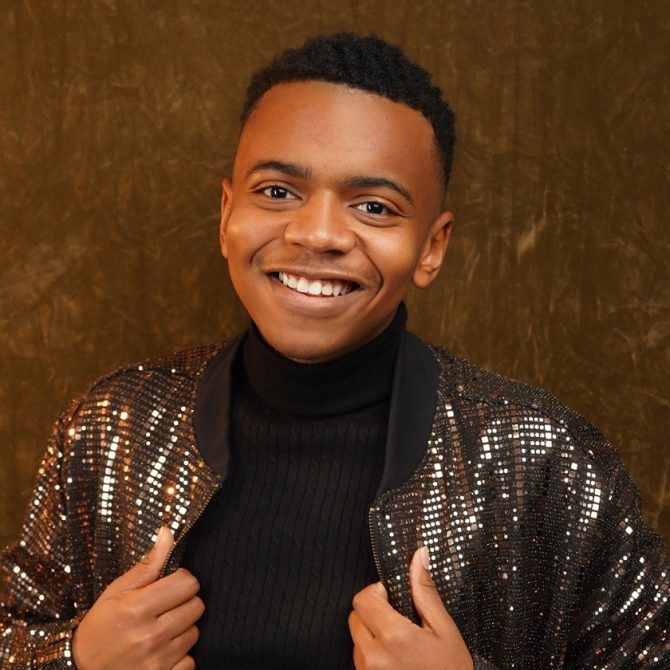 Paballo began acting at age 5, starring in numerous commercials. At age 11, he landed his first TV role on the SABC 2 drama series ‘Thola.’ He also starred in the short film ‘The Blanket’ and recorded voice overs for Cell C’s TV & radio ads. He proceeded to get a supporting role in the SAFTA winning soapie ‘Rhythm City’ at age 13 and starred in the Darrel Roodt, SATFA nominated, comedy film ‘Skorokoro’ the same year.

At age 14 he received an African Movie Academy Award nomination for Best Young Actor for his starring role in the theatrical drama film ‘Dora’s Peace.’ During the same year he also began acting on the SAFTA nominated Mzansi Magic telenovela ’The Queen’, to which he had a recurring role through the six consecutive seasons.

He starred in the ETV drama ‘Easy Money’ at the age of 15. Paballo then proceeded to act in the critically acclaimed Mzansi Magic drama series ‘Houskeepers’ the following year, to which he had a supporting role during the first two seasons and a starring role on the third season.

Paballo acted while simultaneously attending school, which showcased his passion for acting as well as diligence and good work ethic. He attended high school at The National School of The Arts, majoring in Dramatic Arts.

In 2020, he starred in the SAFTA nominated Netflix film ‘Riding with Sugar’ as well as a guest role on BET’s telenovela ‘Isono’ that same year.

After graduating high school with a bachelor’s pass and three distinctions in 2020, he took his studies further by studying filmmaking at The New York Film Academy.

For bookings or more information on Paballo, please get in contact with an agent at OSM Talent.