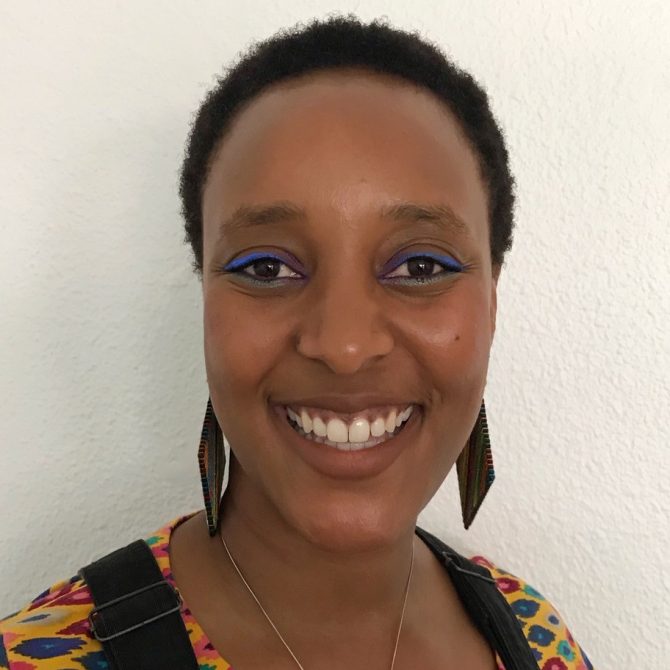 Nyakwezi Katuliiba, an Architect (UCT) by trade forayed into the world of voice acting in 2015 and never looked back. With her range of versatile accents (neutral South African, neutral American and RP British), she quickly made her mark in the South African industry with clients ranging from Cell C, Absa and Pam Golding; as well as abroad with the likes of General Motors, Champion and the International Criminal Court in the Hague.

Over the course of her short but impressive career, Nyakwezi’s talent has grown from strength to strength. Her most recent notable work being on SAFM as the narrator of a book reading, “Vagabond” by Lerato Mogoatle directed by Posy Keogh (June 2019) and a main character on the SAFM radio drama “The Paper” directed by Julia Anne Molone (March 2019). Her recent radio appearances include drops for 94.7FM (Appetite Fest – September 2019) as well as numerous adverts on Mix FM, Vaal FM and numerous international radio stations.

Nyakwezi’s appealing and charismatic voice lends to a vast array of styles, from corporate and hard-sell to casual, soft-sell and character work. Voice acting is her passion which shows clearly in her stellar execution of every job she undertakes.

For bookings or more information on Nyakwezi, please, get in contact with an agent at Owen S. Management on 011 483 0940/[email protected]