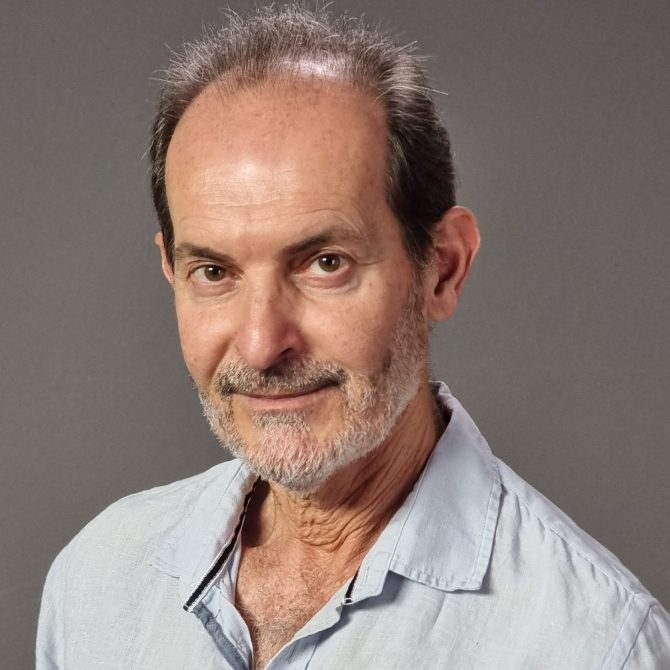 Nicky Rebelo is CAPE TOWN based.

Nicky Rebelo was born in Johannesburg and studied drama at Wits University. Nicky has acted in numerous local and international films and television productions. Films include Darryl Roodt’s Sarafina, Peakviewing’s The Little Unicorn, Bravo Two Zero directed by Tom Clegg, The Floating Outfit, Sweepers, Crime in Gabon and Hearts and Minds and Borderline. Television includes leading roles in the comedy series Louis Motors, The Big Time, The Hidden City and the sitcom series Madam and Eve

In the BBC Production of Rhodes he played the role of Solly Joel. Theatrical highlights include Mamet’s American Buffalo, Berkov’s West, (nominated for best supporting actor), Kushner’s Angels in America and Frayn’s Copenhagen. In 1990 he won the Dalro Best Actor Award for his performance in Hasek’s The Good Soldier Sjvek and in 1995 he was awarded the Vita comedy award for his performance in Paul Slabolepszy’s Heel Against the Head.

Recent television series in which he has appeared include Zero Tolerance, Justice for All, and the soap Scandal.

For bookings or more information on Nicky, please get in contact with an agent at OSM Talent.