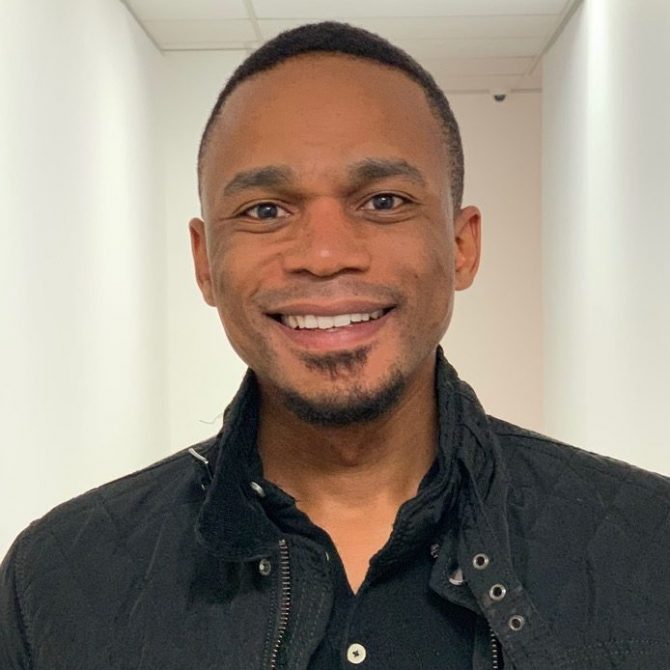 Mpho Moutlana is a passionate voice-over artist, MC, former radio host and talented singer who hails from the city of Polokwane, in Limpopo. His love for voice and music goes back to childhood when his parents were voice characters in Sepedi radio dramas on the then, Radio Lebowa as well as members of the world acclaimed choir, Seshego Choral Society.

Mpho is the former radio presenter of a weekly show on Energy Fm, a community station, where he hosted a Gospel radio show from 2014-2017 and had the opportunity to interview some of the renowned Gospel artists of our time. He has also had the opportunity to share the stage with some of these. Mpho has been at the helm as a MC for various corporate events hosted by some of the top banks and insurance companies, including ABSA and Momentum.

In 2011 he became winner of the first ever “Stars In Your Eyes” competition by Sun International, beating over 1200 other contestants to gain the top spot. He was awarded a bursary to study music and the creative arts, but later converted that to cash and used it to fund his business pursuits. Mpho has been a lead singer for various shows, including Hero, a production performed at the Barnyard Theatres, for which he was also co-writer.

In 2013 Mpho was a contestant in the Top Billing Presenter Search and made it all the way to the Top 100 spot, making him only one of 2 people to get chosen from the Polokwane leg of the search. Mpho has a love for public speaking and often gets invited to schools and churches to give motivational talks to the youth.

Mpho has furthermore worked on events and projects as the brainchild, co-organiser and coordinator. Some of those include Limpopo Business Symposium, the writing and launch of a book by Princess Tsakani Nkambule as well as exhibitions. He has ambitions to become a very successful and philanthropic entrepreneur, a best-selling author, recording artist and world-renowned speaker, even broadcasting his material to the rest of the world through his own television network.

For bookings or more information on Mpho, please get in contact with an agent at Owen S. Management on 011 483 0940 / [email protected].