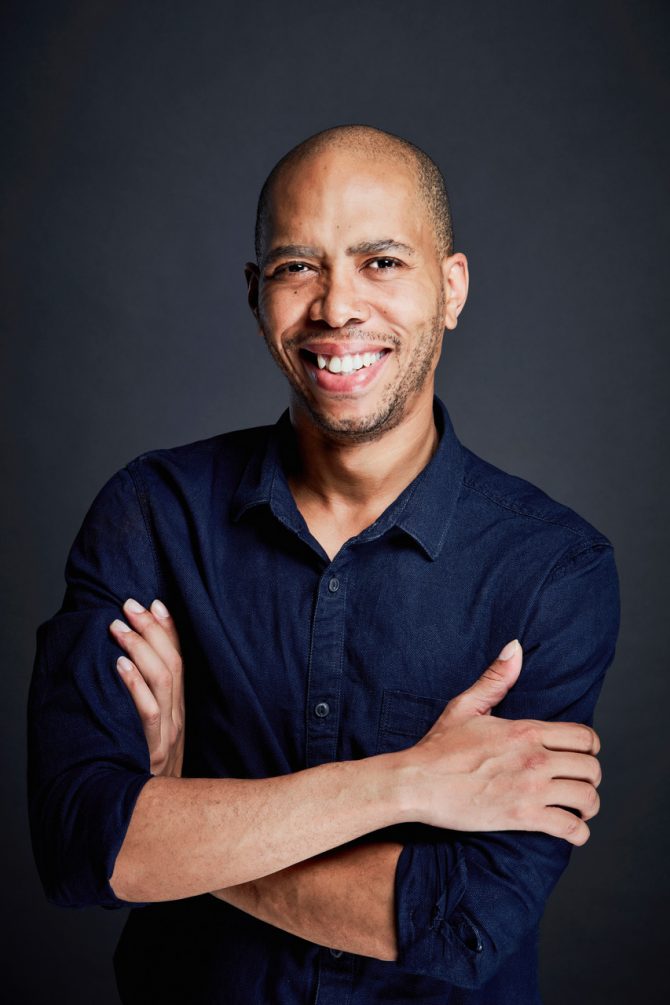 Mothusi Magano is a South African actor best known for his starring role as Charles “Mingus” Khathi in the SABC3 drama series The Lab, from 2006-2009.

He was born in the small village of Phokeng on the outskirts of Rustenburg. At the age of five, his family moved to Mafikeng where, at the Mmabana Cultural centre, he got his first taste of performance when he performed in a pantomime called A Dragon For Dinner.

In 1998, Mothusi enrolled at the Wits School of Dramatic Art. In his first year of study he auditioned for all plays at Wits and got into two: Death and the Maiden where he played Gerardo Escobar and Little Shop of horrors, in which he played Audrey Two.

In 2003, a friend asked him to be Harry Lime in his production of The Third Man and Mothusi was signed to an agent and filmed his first film: Gums and Noses, followed by Hotel Rwanda and Tsotsi (Oscar Winner for Best Foreign Film), as well as FNB commercials.

He has acted in numerous theatre productions including The Third Man, Stones in His Pockets, Venus, Four, Lysistrata, A Midsummer Night’s Dream, Romeo and Juliet, Bread and Butter, Maid in the New South Africa, American Buffalo, The Coloured Museum, Sexual Perversity in Chicago and Hamlet.

In 2006 he landed his first major television role in The Lab, in which he starred for three seasons. He had a recurring role in the fifth season of the ITV drama series Wild at Heart, in 2010.

He landed his second starring role in 2013 in the SABC1 drama series Tempy Pushas, set against the backdrop of the lavish fashion world and juxtaposed with the vibrant township culture. In November of the same year he joined e.tv soapie Scandal! in the role of mysterious assassin The Dustbin Man.

Mothusi won the best actor award at the SAFTAS and the African Academy for his starring role in Of Good Report in 2014. Airing in 2016 – 2017 on Etv Mothusi plays the part of the cunning journalist Maxwell in Hustle. Showing in 2017 on SABC 2 Mothusi is acting in the sports drama Keeping Score.

For bookings or more information on Mothusi, please get in contact with an agent at Owen S. Management on 011 483 0940 / [email protected].