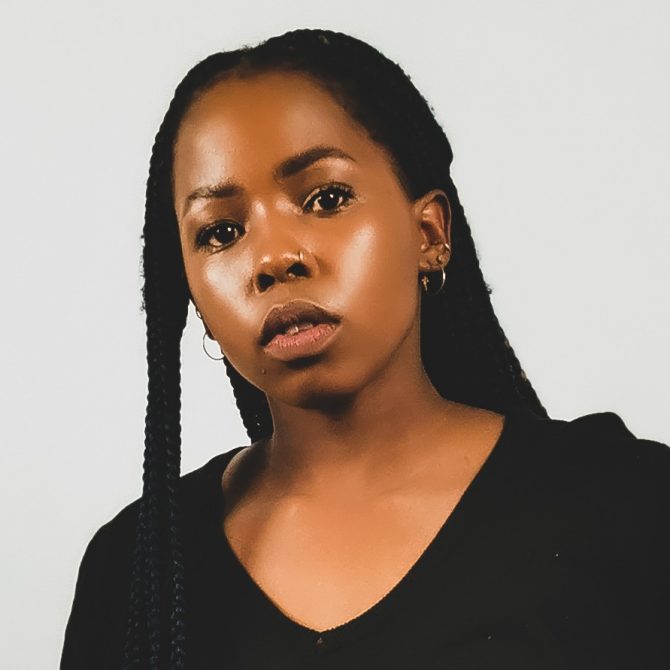 Johannesburg based multi-faceted artist, Lungisa M, has been honing her diverse art interests over the past couple of years. Originally with the dream of becoming a professional dancer, Lungisa extended her interests to the motion picture medium and live performance. Subsequently, she obtained her Bachelor in Live Performance from AFDA (2018) – during these years Lungisa got to sharpen her motion picture skills on projects as junior photographer, namely the Ivyson Tour (2017), F*Ink (2018), and the Spring Fest (2017).

Lungisa made her national television debut mid-year 2018 on Mzansi Bioskop, where she played the character of a royal Zulu princess, Bikwaphi, in a film titled Amathafa. This debut was followed by another Television appearance in 2019 titled Indandatho– she played the feisty, troublesome character of music producer, Chichi.

During her tertiary years, Lungisa gained theatrical experience in both physical theatre, and conventional theatre. The most challenging character, as she recalls, is a simultaneous win between Luthando, a naive young girl in an abusive relationship (from the short-film Bekezela), and Temptation, an arrogant young adult who gets sucked into a ploy that gets her aunt killed (from stage play Two Dead Government Officials ).

With young actresses such as Amandla Stenberg, Lemogang Tsipa, Jharrel Jerome, and Thuso Mbedu as her inspirations, Lungisa has set out to be a crafted actress, disciplined, and committed to playing each character with authenticity and respect.

For bookings or more information on Lungisa, please get in contact with an agent at Owen S. Management on 011 483 0940 / info@owens.co.za.