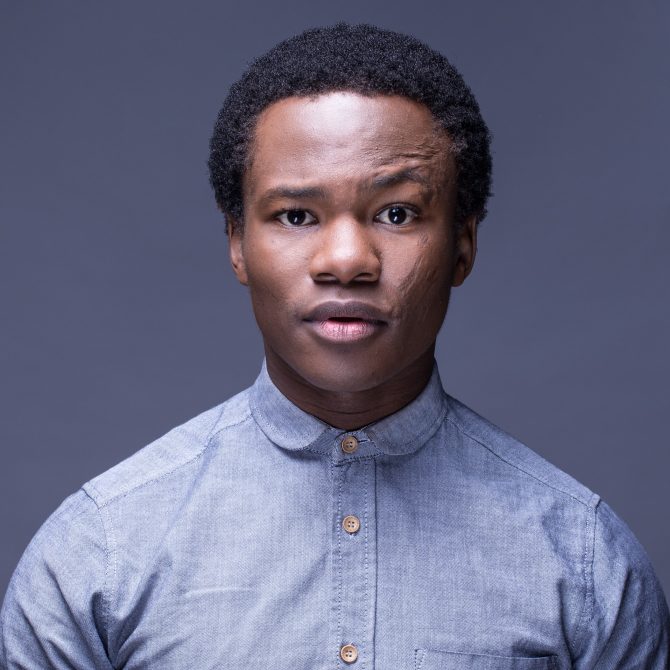 All the way from a place so rural Frodo wouldn’t reach it, Loyiso Madinga has come a long way to becoming one of the sharpest young comedians in SA. Since 2012 he has been honing his craft with his smart but highly relatable style of humour. It’s already proving to be a hit with audiences everywhere.

His dedication to standup quickly made him a regular on the SA comedy circuit. Loyiso then became an Emmy finalist as a writer and performer on the two-time Emmy Award finalist satire show, Late Nite News with Loyiso Gola and the SAFTA nominated hit sketch comedy show, The Bantu Hour.

Considering he left a promising career in advertising, that his father didn’t approve of, for the stage life, which his father approves even less of, he keeps making the right moves. Loyiso has toured locally with Trevor Noah on the Nationwild Show and performed at festivals around the world including the Montreux Comedy Festival in Switzerland, Busan Comedy Festival in S. Korea and the Johannesburg International Comedy Festival.

All this lead to his successful one man show, Born Free-ish, that sold out the world-class Goliath Comedy Club for four evenings. Not bad for someone who grew up fetching his bath water from the river.

From a now-you-know-you’re-definitely-lost village in the Eastern Cape he has his sights set on the world stage and his passion for comedy is taking him a long way from home.

For bookings or more information on Loyiso, please get in contact with an agent at Owen S. Management on 011 483 0940 / [email protected].