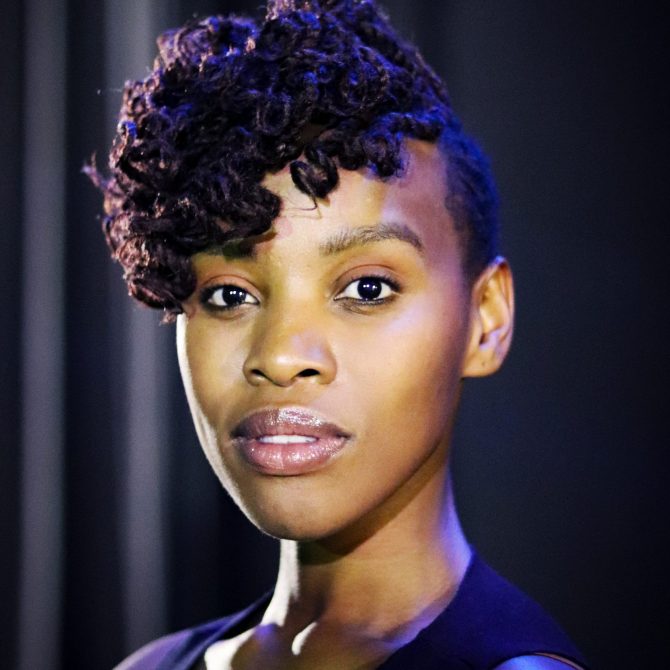 Londiwe Dhlomo was born and raised in Durban, Kwa-Zulu Natal. Skilled in dance, singing and acting, she pursued a career in the performing arts industry and quickly proved to be a diverse artist.

She has performed in musicals such as ‘Guys and Dolls’, ‘The Wizard of Oz’ and ‘Little Shop of Horrors’. After receiving a ‘Durban Theatre Award’ for ‘BEST NEWCOMER’ for her appearance in the hit show ‘Sing it, Sista!’ and her supporting role in ‘Little shop of horrors’, Londiwe played Maid Marion in the Kickstart Panto ‘Robinhood and the babes in the wood’ and later played Princess Miranda in their production of ‘Puss in Boots’. She went on to perform in ‘Dreamgirls’ understudying the role of Deena Jones and received a Fleur du Cap Award nomination for Best Supporting Actress for her role as ‘Texas’ in ‘Cabaret’. She excelled as one of the three Divas in Priscilla Queen of the desert earning another Fleur du Cap nomination. She recently understudied and played the role of Mrs Phelps in the international tour of Matilda the musical.

Beyond her extensive work on stage, Londiwe has been successful on screen in the telenovela ‘Ring of Lies’ and has lent her voice to advertising various products worldwide for Radio and TV.

Londiwe has been a leading female vocalist in shows such as ‘African Footprint’, ’24hrs on Broadway’, ‘Blondes on Deck’, ‘Time Warp’, ‘Dolphins by Starlight’, ‘Bidvest’ and many more. Gracing stages and screens worldwide, Londiweis an enchanting performer to watch.

For bookings or more information on Londiwe, please get in contact with an agent at OSM Talent.