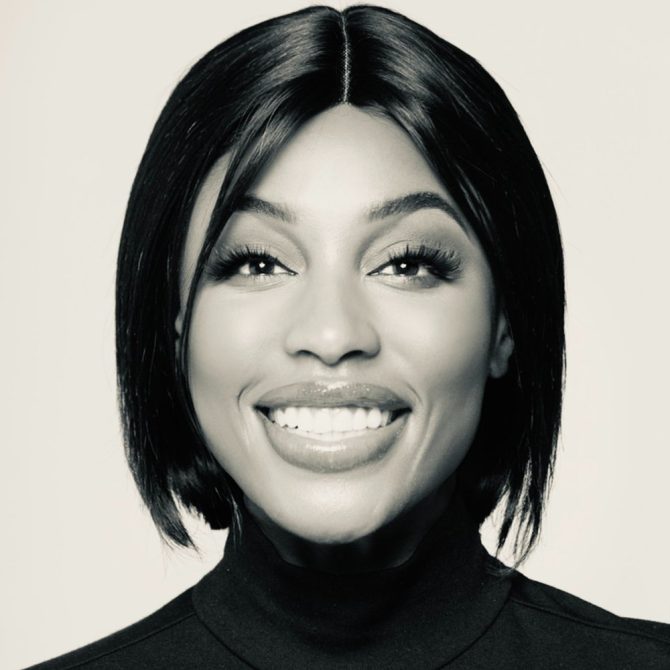 Kudi is a Zimbabwean born award-winning actress and voice over artist.

A graduate in theatre, performance and film production from UCT. Kudi is a classically trained actor with theatre, film and television experience.

In 2006 she starred in the lead role of Tanyaradwa, garnering an African film Academy Award nomination for Best Actress. In 2008 she starred in a play ‘Lovers at a crossroads’ earning a Zimbabwe National Arts Council Award for Best Theatre Actress.

Kudi has also starred in films such as Jenna Bass’s The Tunnel and The Domestic which is currently streaming on Amazon Prime. Her television acting experience includes roles on local sitcoms Skwizas, Ses Top La and Stokvel. She is currently playing the role of ‘Thobekile’ on SABC 3’s drama The Estate.

Kudi is also a model whose face has featured for campaigns for Bio-oil, and Mizani. She is a trained performing vocalist as well as voice over performer specialising in accents and character voices for animation. Her notable voice over campaigns include Discovery Bank, Mercedes, Audi, Standard Bank as well as First for Women.

She is trained in boxing styles and karate with some experience in physical stunt work.

Kudi is also a content creator and YouTuber with a podcast ‘100 Dates Podcast’ currently streaming on YouTube and Spotify.

Kudi is also a writer, director and executive producer and worked as a commissioning editor for BET, MTV Base and Comedy Central on notable productions such as Black Tax as well as the top rated Comedy Central Roast of Somizi and the Roast of AKA.

Her written feature film scripts have been shortlist for the 2017 and 2022 Sundance Feature Film Labs.

Kudi is fluent in French.

For bookings or more information on Kudi, please get in contact with an agent at OSM Talent.