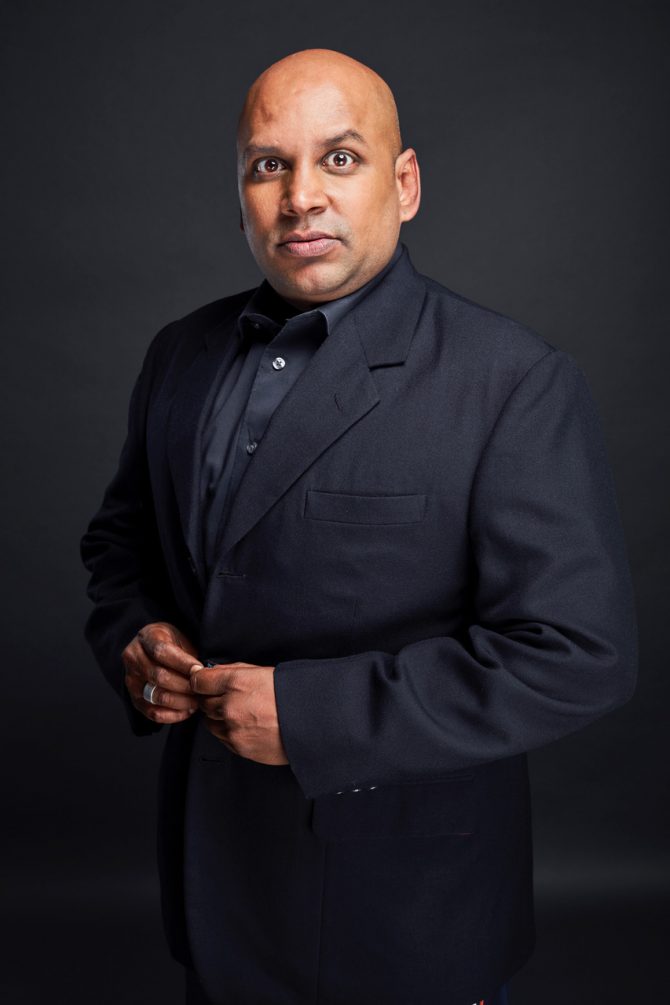 Kaseran Pillay is a South African actor, MC, stand-up comedian, voice artist, director and writer best known as one of the regular cast members of the SABC3 travel series Going Nowhere Slowly, from 2005-2007.

He has appeared in numerous television shows including the SABC1 drama series Bay of Plenty (2007), The History of Bunny Chow from Uhuru Productions (2005-2007) and the M-Net drama Innocent Times, in 2008.

He was also a Durban field presenter for the e.tv entertainment show The Showbiz Report, from 2005-2006.

He has been performing stand-up comedy since 1997 and performs mainly at corporate functions. He is also an accomplished theatre actor, having performed in such shows as Snow White and Several Dwarfs, Hamlet, My Cousing Brother and Abbamaniacs.

In October 2008 he began playing the role of Ricky in the SABC2 comedy series On the Couch.

Kaseran has consistently worked on both television and film since 2005. On television he has appeared in My Perfect Family, High Rollers and Sober Companion, amongst others. In film, Kaseran has played roles in Shotgun Garfunkel (2013) and Kalushi: The story of Solomon Mahlangu (2017.)

For bookings or more information on Kaseran, please get in contact with an agent at OSM Talent.