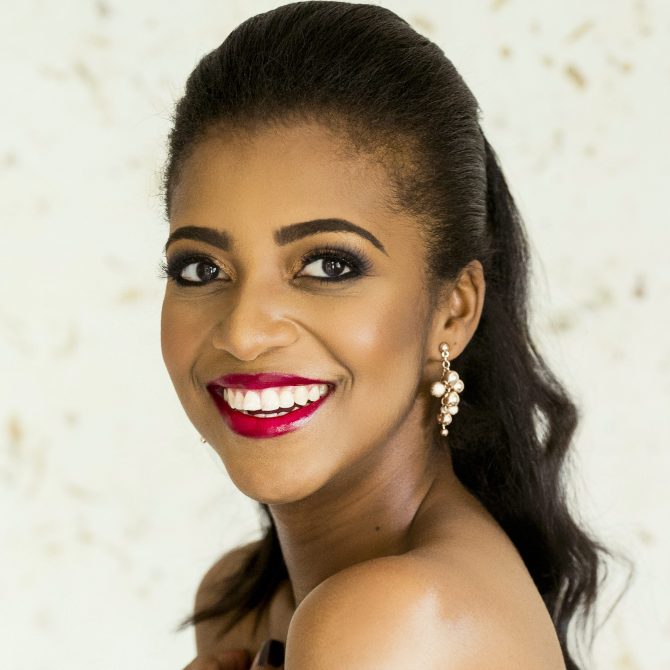 Jessica Dube, (Née “Tims” Mtimkulu) is an award-nominated TV presenter, producer, and speaker, who has impacted South Africa with inspired conversation and purposeful content, for over a decade.

As a presenter, she’s hosted shows such as One Day Leader, YOTV Live, and Blue Couch at SABC 1, as well as various seasonal specials on DSTV’s 1Gospel Channel. In reality TV, she was a long-standing youth mentor on the Future Leaders series. as well as a Top-4 contestant on E! Entertainment’s African presenter search.

As a producer, Jessica has created dynamic content for various audiences across Africa, including current affairs at Newsroom Afrika, and youth programming at Urban Brew Studios among many others.

As a conversationalist and collaborator, Jessica continues to use her voice to inspire change and challenge injustices on the African continent. She has led numerous conversations in pertinent projects, events and platforms for various organisations and entities, including The Change Collective Africa, Jaguar South Africa, The Mail & Guardian, The United States Embassy Mission in South Africa, Empowaworx, The African Union, and many others.

As a sought after voice-artist, she is also the official promotional voice of various retail and entertainment brands on the African continent.

For bookings or more information on Jessica, please get in contact with an agent at OSM Talent.