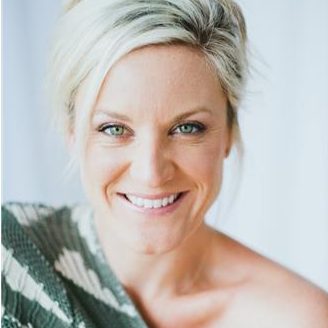 Janna relocated to Salzburg, Austria in January 2017 with access to a studio with IDSN facilities if needed.

2005 with a B.A in Drama & Performance studies and German translation. She has since been working professionally as an actress, singer, dancer, choreographer, writer and producer in Durban and Johannesburg. Standout roles include Cecile in Dangerous Liaisons (Best Newcomer Durban Theatre Awards Nomination), Catherine in Boston Marriage (Winner of best comedy Actress and Best Supporting Actress Durban Theatre Awards), Carol in Oleanna (Best Actress nomination Durban Theatre Awards), Adelaide in Guys and Dolls (Best Lead Actress in a Musical), Emilia in Othello, Suzette in Don’t Dress for Dinner (winner of best Comedy and Best Actress Durban Theatre Awards) and Vanda in Venus and Fur (Best Actress 2013). In 2005 she formed the theatre company ‘Fett Diva Productions’ with friend Josette Eales and produced such works as Agnes of God , Night Mother, the Lover and Sally and Marshsa. In 2010 Janna formed her own theatre company ‘Thinskin’ which debuted with an original penned by herself, Mein Soldat.

It premiered at the Grahamstown National Arts Festival where it won Ovation Award this provided a spring board for it to be seen at the Hilton Arts Festival and the Playhouse New Stages Festival. The play was also nominated for best new South African script, best Actress, best Actor, best Newcomer and best Director at the 2010 Durban Theatre awards.

She also founded the ‘I Heart’ Durban Theatre festival where her new play, Cullum’s War, was debuted. The festival was for the development of new South African Theatre and created a platform for new scripts to be staged. Based on its success at the I Heart, Cullum’s War went on to have other runs around the country for 2years.

2012 started with the role of Suzette in the comedy, Don’t Dress for Dinner and ended with a move to Johannesburg. It has been a great move and full new opportunity. Janna spent 2013 touring Don’t Dress for Dinner and Venus in Fur, producing her play Phobic and a production of John Patrick Shanley’s, Doubt, directed by James Cuningham, and made a guest appearance on popular TV series The Wild.

For bookings or more information on Janna, please get in contact with an agent at Owen S. Management on 011 483 0940 / [email protected].