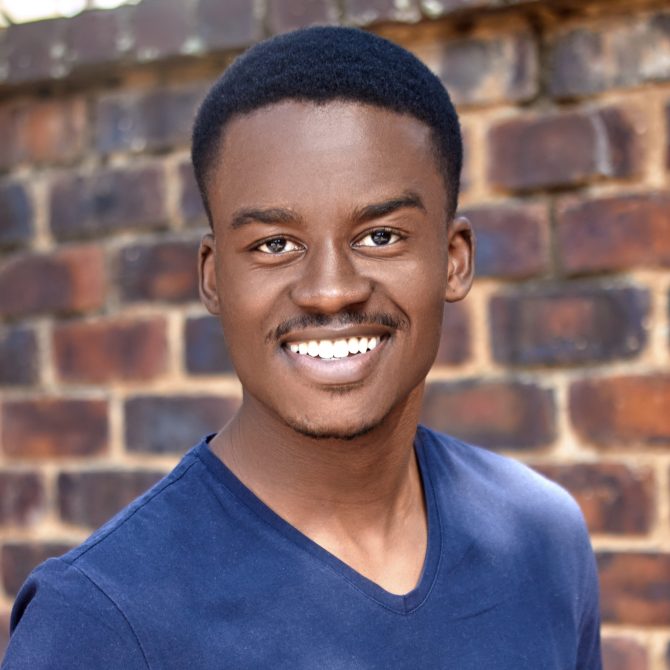 Hungani Ndlovu is a trained actor, dancer and presenter.

Hungani started dancing at a young age which led to him develop a keen interest in the arts. He spent 3 years in the USA studying his craft and working in LA and NYC. Amongst other courses Hungani, studied dance at the Flii’Cademy and attended classes run by world renown choreographer’s, including Ian Eastwood, WillDaBeast Adams, Parris Goebel and Nick DeMoura, just to name a few.

Hungani’s first lead role was in Memoir of an Honest Voice which was nominated for Best Short film at the Africa Movie Academy Awards 2015. Notably, he played the lead in Black Coffee’s – Wish You Were Here music video. Hungani is most known for the role of Romeo which he portrayed on Etv’s Scandal and his YouTube channel, the Ndlovu’s Uncut.

Having founded an artist development studio called SANS Group, Hungani looks to empower others in the creative arena. SANS stands for Strong Attitudes Nurture Success. Hungani is also a part of the NGO Matrixmen which supports Male Victims of Abuse and the co-founder of the NGO – The Ndlovu Foundation which focuses on youth empowerment.

For bookings or more information on Hungani, please get in contact with an agent at OSM Talent.