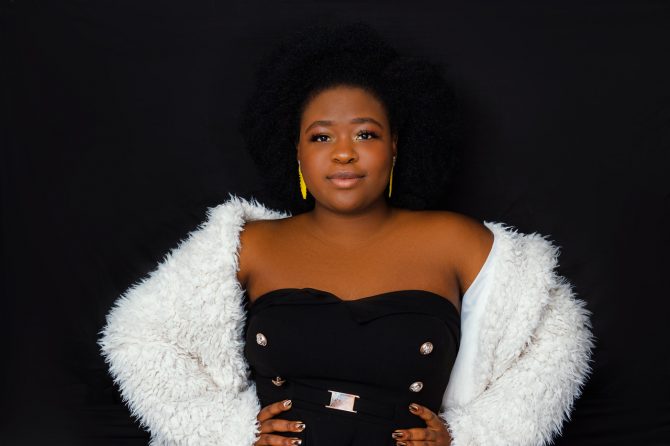 Elma is a dynamic young woman who strives to be the change she wants to see in the World. She is a young and vibrant Bcom Law Graduate and Communication Management Honours student at the University of Pretoria. An advocate for women empowerment, a Pan African citizen and a Voice To Be reckoned with. She has made the Gradstar’s Top 100 employable graduates list for the years 2019 and 2020 and is an Ambassador for SA Start Up Awards.

Her Public speaking and presenting career started at a very young age as she represented her province in various public speaking as well as debating championships. In 2015 she made it to the Toastmasters Public Speaking National Championships. At age 16 she was selected to represent the Continent for the Global Young leaders Conference at the United Nations Headquarters in New York. There she received a standing ovation for her closing speech titled “Dare to Dream”. For her selection as the Chairperson of the UN she was honoured with an invitation from President Barack Obama to attend the inauguration of the incoming President of the United States

At age 17 she received a Barclays Africa scholarship for leadership potential and academic excellence. At age 18 she became the president of Golden Key International Honours Society UP chapter, leading over 20 000 members mostly older than herself. At age 19 she sat on the judging panel of the National Public Speaking and Debating Championships Highschool division. At age 20 she completed a Bcom Law degree and received a Mastercard Foundation scholarship developing Africa’s next generation of leaders for her honours degree in Communication Management. In the same year she also became the President of the UP International student’s society. Her lifelong dream is to be the Chairperson of the African Union and believes anything is possible if you “Dare To Dream”

She is a motivational speaker who has given multiple Keynote addresses for the likes of Women Leaders SA, KZN Women in Business Breakfast, Golden Key South Africa, and Hillcrest Primary school etc. She is also an MC who has MC’s for TedX talk, University of Pretoria, Women Achievers Awards.

Elma is a dedicated and devoted young lady who strives for excellence in all spheres of life and her people skills make her a pleasure to work with.

For bookings or more information on Elma, please get in contact with an agent at OSM Talent