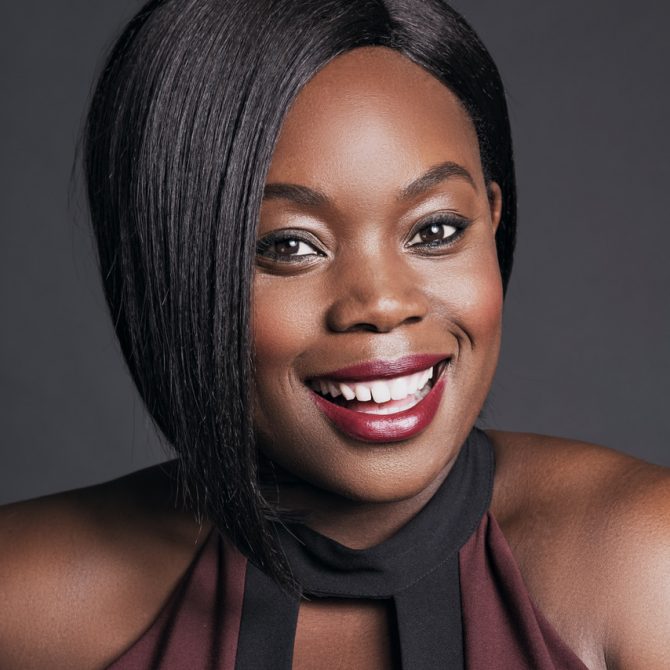 Celia Ncalane, graduated from Wits University with an Honours degree in Bachelor of Arts and received distinctions in, Screen Writing, Drama and Education facilitation. Whilst a student, Celia represented Wits University as an actor, twice at the National Grahamstown Arts Festival.

She then began her career in 2006 as a presenter for 34 Degree’s South on the Hope Channel for a year. The following year she worked behind the camera as a producer and scriptwriter for a production company that produced documentaries for Sabc 1 and 2.

In 2008, she was then chosen to be a presenter for a motivational program on Sabc 3, called ‘Stand-Up’. Since then she has acted in films, a television drama and comedy such as  ‘Stokvel’ and over the past ten years she has performed in numerous commercials for South Africa and the rest of the African continent for brands such as MTN, Orange, Royco, Purity and others.

As a professional voice over artist, she has promoted brands, such as Clicks, Checkers, @Home, Homechoice and Woolworths just to name a few. She has especially enjoyed, working as a children’s storyteller and presenter for SAFM from 2014 to 2016 on a show called ‘Nali Bali’.

A definite honour for her was being chosen to announce the passing of the first black President of South Africa, Nelson Mandela on national radio; for two weeks encouraging the country to reflect upon his life and the values he inspired in us all.

Celia is a Zulu women, who is cheerful, peaceful and has a driven, never give up attitude, behind and in front of the camera.

For bookings or more information on Celia, please get in contact with an agent at OSM Talent.