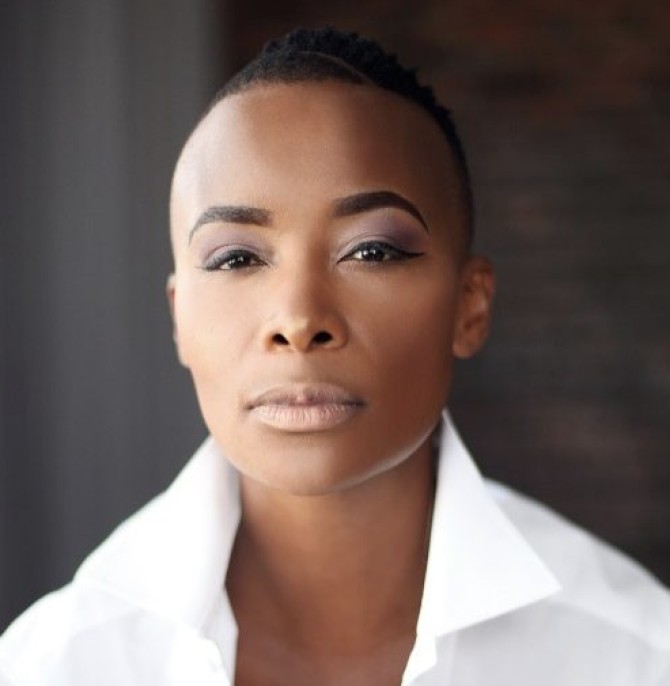 She was discovered by an actor’s agent when she was just thirteen years old.  Her first job – shortly thereafter –  was in a television series titled Viva Families.  This was followed by cameo roles in various international productions: Born Free 2 and Cave Girls. Bonnie went on to present several magazine programs for television including Teleschool, Zapmag, Technics Heart of the Beat and Limits Unlimited.

In 2001, Bonnie was cast as the lead role in the hit television soap opera, Backstage aimed at the South African youth market. She was later given the role of Portia in the series Gazlam and afterward as a detective in the series Zero Tolerance.

Bonnie hosted a talk show in South Africa on SABC 1 entitled True-Life, won a role in the mini-series Homecoming, and appeared in two Canadian television series: Charlie Jade (a sci-fi epic) and Scouts Safari (an adventure series set in the African wild). She had a starring role in Home Affairs for Penguin Films: a popular thirteen-part series about the lives of five very different women. Bonnie went on to appear in television series Soul City and Hillside (for SABC 1 and SABC 2): she played the lead in both. She was then cast in the ground-breaking series, The Philanthropist for NBC (later on SABC 3), a prime time American action drama TV series.

She has played the role of singer Dolly Radebe in the film Drum; the lead role in the Danish film Blinded Angels, directed by the acclaimed Jon Bang Carlsen; and she starred opposite Tim Robbins and Derek Luke in the Phillip Noyce Universal Pictures blockbuster Catch a Fire.  The Washington Post had this to say about Bonnie’s performance in Catch a Fire : “South Africa’s Henna Is ‘On Fire’”.  She also played Zindzi Mandela in Clint Eastwood’s film Invictus about Nelson Mandela’s involvement in the 2010 rugby World Cup which also starred Morgan Freeman and Matt Damon.

Bonnie is more than just a household name in South Africa: she was a child star who won the hearts of South Africans across the country and continues to blaze trails as an inspiring role model. Her influence reaches beyond South Africa: she is said to possesses a ‘talent reminiscent of Audrey Hepburn’ by the New York Times.  Well-travelled, highly articulate and possessed of an agile mind, Bonnie carries herself with an elegance, grace and élan evident to all. She is frequently on the cover of South Africa’s glossiest magazines and continues to feature on the many current and popular radio and television shows.

This multi-talented performer is also a skilled MC for high-profile events, and her voice – a velvety alto – is much in demand as a voice-over artist.

Bonnie has starred in e.tv’s Rhythm City in a recurring role, playing the intriguing, powerful and sometimes crazy Nozipho; on Mzansi Magic’s drama series Rockville as the feisty Dudu and on Etv’s ground-breaking crime investigation series Traffic: the first of its kind to star a female on South African television.

Bonnie came third on M-Net’s popular television show, Survivor Maldives – “Celebs vs Plebs”. On Survivor, this beloved star came across as a positive and nurturing soul and with a strong mental spiritual and physical backbone.

Bonnie is also a published author: her memoir Eyebags and Dimples is a best seller in South Africa and is available in most major bookstores nationwide.

Community and social development are passions very close to Bonnie’s heart. Her has done extensive work with abandoned children and in South African orphanages has been influential in her has become a spokesperson for Adoption Voice S.A.

Bonnie is one of the best-loved and most appealing stars in South African. She has an undisputedly august and professional reputation as one of the most multi-talented celebrities in the South African entertainment industry.

For bookings or more information on Bonnie, please get in contact with an agent at OSM Talent.